The Arena of Valor game is an international adaptation of a Chinese game. The game is gargantuan in the Chinese culture and also becoming popular among other countries. The main reason for the popularity of this game is its mobile gameplay. The game is playable on almost every prevalent handheld device all over the world. With the most recent update, Tencent is expanding the game market. The game is now available on Switch too which is Nintendo’s portable console.

But the players get more AOV update, the gameplay will be entirely different on Switch. The developers took the advantage of the processing power of the console and upgraded the graphics and animations of the game. The new version has touch-up lightning effects, new elements, and clear maps. The developer dealt very well with the situation of the game being played on big-screen and actual controllers.

There is some downside too as the players won’t be able to battle with their friends. A person playing Arena of Valor on a mobile phone and a person playing AOV on Switch, both people will be playing two different versions of the game. Even though the mobile edition of the game has already established a fan following worldwide, the Switch version is expected to follow the pathway. The developers are now focusing on the core game for the new launch. Thus, the features will be improved and enhanced to leave all other online video games behind. There are more than 200 million users of the game; Tencent is expecting the same for Switch version too.

The heroes of the game are inspired by the DC Universe. During the battle, you will be teamed up with random players all across the world. The main game works online, but there are offline matches available too for practice. As the match requires battle strategies and skills to win, you will have to employ a game plan precisely. To reach the core area of the enemy, you have to destroy multiple towers of the enemy. And the battle is won when the opposing team’s core is destroyed completely.

Doesn’t it sound interesting? If you are intimidated just by reading about the game, then wait until you try it. It has amazing effects and modes to make the game more interesting. If you want to stay updated with the game, then you can stay connected on MyGameOn. With MyGameOn, you can easily get more AOV update. The platform keeps a track of all the latest update of the game. So, if you have another game whose update is pending, then you can get the game updated with MyGameOn.

The graphics are fantastic, sound effects are remarkable, and you only need a mid-range mobile phone to play the game. But if you would like to level up your gaming experience, then try out the game on Nintendo Switch. Even if you haven’t tried multiplayer battle games, then starting with Arena of Valor is a brilliant choice. 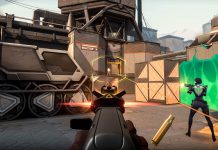 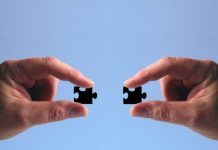 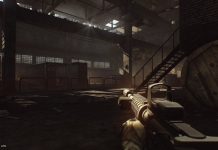 GET TRICKS & CHEATS FOR THE ESCAPE FROM TARKOV

Watch the “Khaidi” movies online..? Here is Why to Watch on aha OTT!

4 tips on purchasing seating arrangements for your home

How do the cooling services help?