Goa is an Indian state situated on the country’s West coast. It stretches out along the Arabian Sea. It is famous mainly for its beaches and churches. It was a Portuguese colony before 1961. Old Goa is home to the Portuguese-style churches and the Basilica of Bom Jesus, which holds the remains of the state’s patron saint, Francis Xavier. The first things that you are reminded of when you think of Goa are those tall palm trees and sandy beaches!

The capital of Goa, Panaji, is quite a busy city. It is located on the banks of the Mandovi River. It houses colourful villas alongside cobblestone streets and buildings from the Portuguese colonial times. Miramar Beach is one of the beautiful beaches at the junction of the river and the Arabian Sea. The Goa Science Centre & Planetarium, situated near Miramar Beach, sports exhibits, model dinosaurs and an outdoor park. There is also a hilltop Maruti Temple, dedicated to the Hindu god Hanuman.

Fort Aguada is a seventeenth-century Portuguese fort standing atop the Sinquerim Beach in Goa. The fort was built way back in 1612. It is known to have been constructed for guarding the area against the Dutch and the Marathas. A freshwater spring in the fort supplied water to the ships that used to stop by. The fort gets its name from this; Aguada, meaning water.

Calangute beach, also known as the Queen of Beaches, is a must-visit for every tourist in Goa. It is the largest beach in Northern Goa. This beach is crowded irrespective of the time of the year. This beach is also a great place for fun and adventurous experiences. Parasailing is a thrilling experience and must be done at least once in a lifetime. There are experienced persons taking you over the water, very high above the sea level. Also, water skiing is another fun activity that you can try on Calangute Beach. This beach is known for the unique Goan culture.

Dudhsagar Falls is a waterfall located on the banks of the Mandovi River. It is situated 60 km from Panaji. Dudhsagar Falls is one of India’s tallest waterfalls with a height of 310 m. The nearest railway station accessible to the falls is Castle Rock station. Sightseers could catch a train from here and get off at the Dudhsagar stop, from where the falls is a 1-kilometre walk. This stop does not have a platform. There is also a 200 m train tunnel on the route that is completely dark. This experience is certainly a wonderful and thrilling one. But recently Indian Railways has banned passengers from getting off at this stop. There is, however, a trek to Dudhsagar falls which is open to the public.

Apart from these tourist attractions, there are numerous beaches—Anjuna Beach, Palolem Beach and Baga Beach, which are all buzzing tourist spots. The best season for travel is October-May. If you are travelling from Delhi, look up the Delhi Goa flights schedule and do visit this beautiful city. 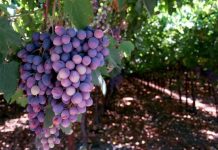 Enrich Your Experience With Exotic Wine Tours In The Barossa Valley

Five Things that All First-Time Visitors to Dubai Must Know

Slip And Fall Injuries: Why Are They Dangerous?